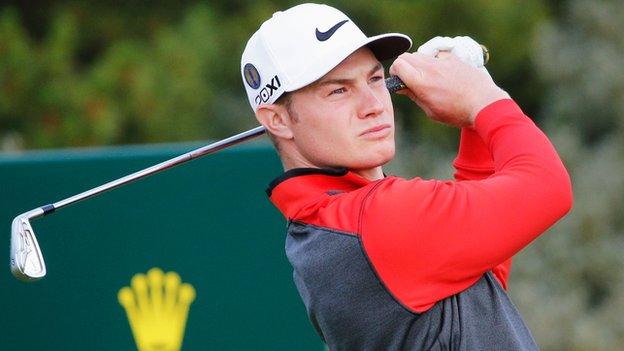 Essex's Oliver Fisher dropped right out of contention at the Open following an ugly start and finish to his third round at Muirfield.

The 24-year-old from Chigwell began the day poorly with three dropped shots in his first four holes.

But the worst was still to come when he got into trouble at the 18th to run up a quadruple bogey.

After making a promising start to the tournament with a first-round 70, Saturday's 77 left him on 12 over.

"It's not that difficult out there," Fisher told BBC Essex. "You play good shots and you get your reward, same as it's been on this course all week.

"It's tough, but you can score well if you play well. It just doesn't help when you make an eight at the last."

In between his errors, Fisher made four birdies, stopping the rot after his difficult start with a four at the long fifth, before picking up further shots at 10, 12 and 14.

But he also carded bogeys at 8, 9 and 16 - to drop back just three strokes in front of joint backmarkers Sandy Lyle and Shiv Kapur.