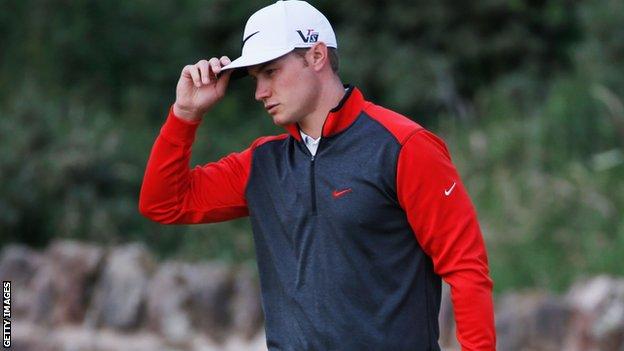 England's Oliver Fisher saved his best until last as he rounded off his Open Championship with a three-under-par 68.

The Essex golfer had opened up with a one-under 70 to rank as the leading Englishman on Thursday night.

He then then fell away with rounds of 78 and 77, Saturday's third round coming to a savage end with a quadruple bogey at the last.

But he fired four final-day birdies, this time dropping just one shot, to make a big move up the leaderboard.

Playing with an equally in-form Jason Dufner - the American fired a four-under best of the day 67 - the Essex man made up for lost time, firing three front-nine birdies to go out on 33.

Another birdie at 10 was then followed by a bogey at 12, but the European Tour pro from Chigwell then parred in to finish the tournament on nine-over - and in the top 50.