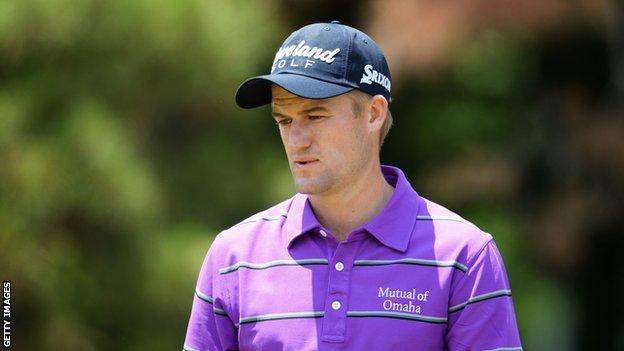 Russell Knox shot a round of 59 at the Web.com Tour's Albertsons Boise Open in Idaho.

The 28-year-old US-based Scot recorded eight birdies and two eagles to become only the fifth player to shoot 59 in the Tour's 24-year history.

Knox shot five-under 30 on the front nine, before coming home in seven-under 29 at Hillcrest Country Club.

The Inverness-born golfer parred the 18th with a seven-foot putt.

Knox holds a one-shot lead at the halfway point of the tournament, his 59 following an opening round of 69.