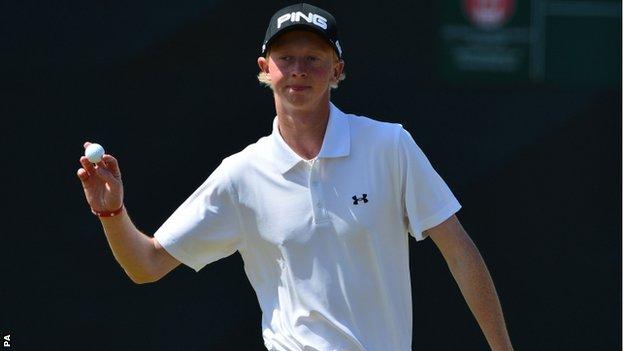 Devon's Jimmy Mullen, who made the cut at The Open, has been eliminated from the English Amateur Championship after losing in the first round of matchplay.

Mullen lost 3&1 to Nathan Kimsey after coming through two rounds of strokeplay to make the matchplay stages.

But he came unstuck as he lost a tight battle with Chris Halley on the 22nd hole in the following round.