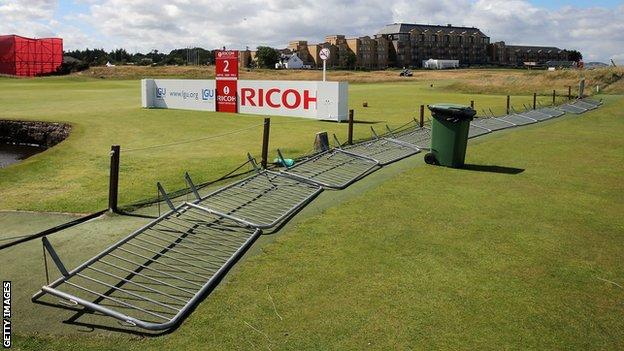 Play in the third round of the Women's British Open was suspended on Saturday due to high winds.

Just nine players had completed their rounds at St Andrews when gusts of up to 40mph brought a halt to proceedings at 12:30 BST.

It means the leaders will have to play 36 holes when the tournament resumes at 06:15 BST on Sunday.

Former US Open champion Na Yeon Choi holds the lead after shooting a second successive round of 67 on Friday.