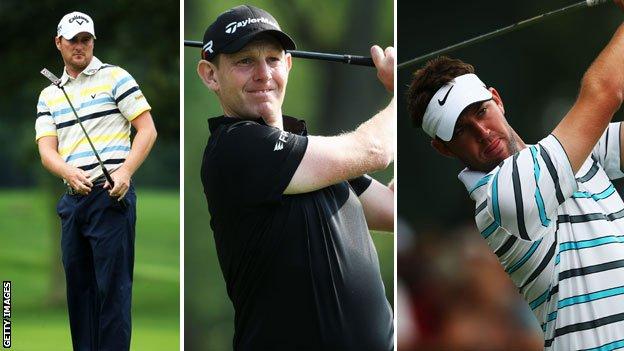 Three Scots have made the cut at the US PGA Championship in New York with four others missing the final weekend.

Marc Warren and Scott Jamieson are one over par, with compatriot Stephen Gallacher two shots further back.

Jason Dufner just missed out on the lowest round in major history but hit a course-record 63 to grab a two-shot lead.

Warren followed his opening round of 74 with a 69 while Jamieson carded rounds of 69 and 72.

And Gallacher ensured his place in the final weekend with rounds of 75 and 68.