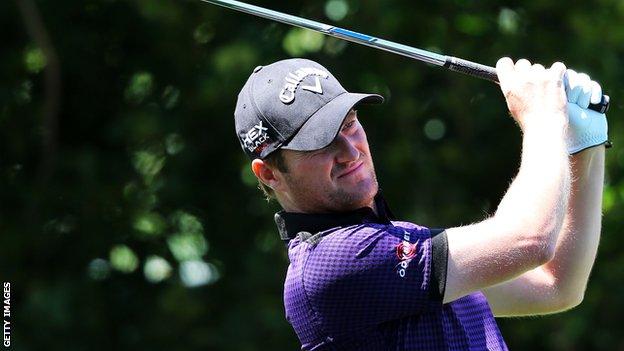 Marc Warren is the leading Scot going into the final round of golf's last Major of the year, the US PGA Championship.

His third-round 68 moved him to 1 under par for the tournament, eight strokes behind leader Jim Furyk.

Scott Jamieson carded a level par 70 to 1 over at Oak Hill in New York.

Fellow Scot Stephen Gallacher is nine over par after struggling to a 76 in his third round.

Warren declared himself happy with his third round following some difficulties with his game.

"After the first day, I felt practise went really well and I was a little bit frustrated after Thursday: more the way I played than the score I shot," he said.

"I was probably trying a little too hard to be perfect. Today was a little more up and down but I committed to every shot.