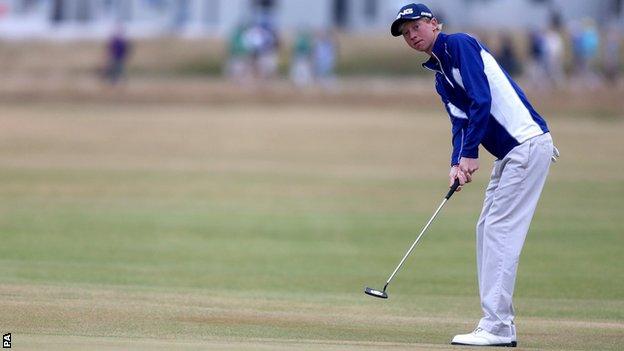 Mullen beat Jack Bush of Wales 4&2 as England eased to an 11-4 victory to follow up their 8-7 win over Ireland on the opening day of the competition.

In Thursday's other match, Ireland recovered from their opening defeat to best Scotland 8 1/2-6 1/2.

The result left England top of the table with Friday's matches to play.

Mullen, who missed out on the Silver Medal for the top amateur at last month's Open at Muirfield, was one of five new England caps for the Home International series.

A number of England regulars - including amateur champion Garrick Porteous - are unavailable as they are competing in the US Amateur Championship.

Each country plays each other on a round-robin basis with foursomes in the morning and 10 singles in the afternoon.

The team with the top number of match points will win the Raymond Trophy.