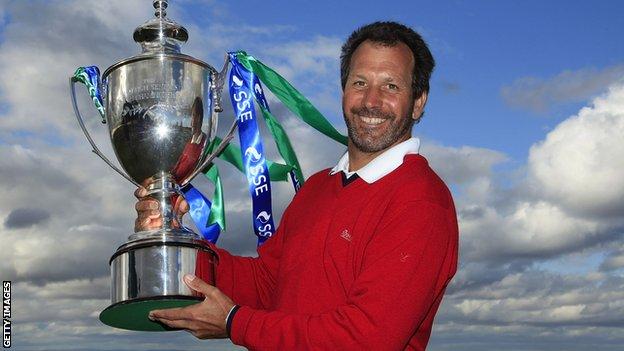 It was a first victory on the seniors tour for the 50-year-old, ranked 28th in the order of merit.

A final round of one under par was enough to gain Luna his first career win since 1995.

After trailing by one at the close of day two, Luna ended the day one shot ahead of Sam Torrance and Ireland's Denis O'Sullivan.

The Spaniard birdied the 16th to go five under par for the tournament and become outright leader and held on for victory.

Torrance and O'Sullivan both birdied the 18th hole to go four under for the tournament.

Second-round leader Peter Fowler dropped three shots on the final day to finish two under for the tournament and joint fifth.

Until this tournament, Luna's best result this year was eighth at the Bad Ragaz PGA Seniors Open in Switzerland.