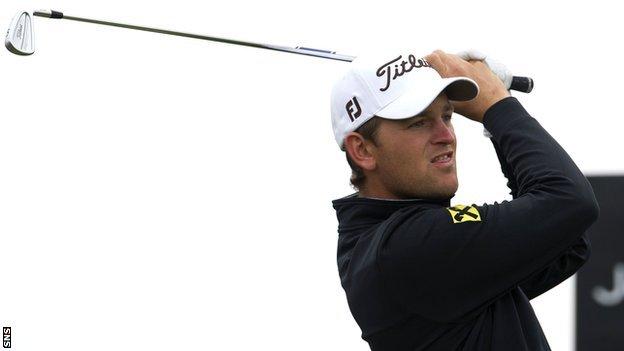 Austrian Bernd Wiesberger and Ricardo Gonzalez of Argentina shared the lead after the first round of the Johnnie Walker Championship at Gleneagles.

The pair carded seven-under 65s, with Englishmen Mark Foster and Oliver and Ross Fisher in a group on six under.

Chris Doak, Richie Ramsay and Craig Lee are the highest-placed Scots on three under, while last year's winner Paul Lawrie is one shot further behind.

"I like playing in colder conditions, it suits me," said Wiesberger.

Paul McGinley, who will captain Europe at next year's Ryder Cup at Gleneagles, finished his first round on four under along with fellow Irishman Shane Lowry.