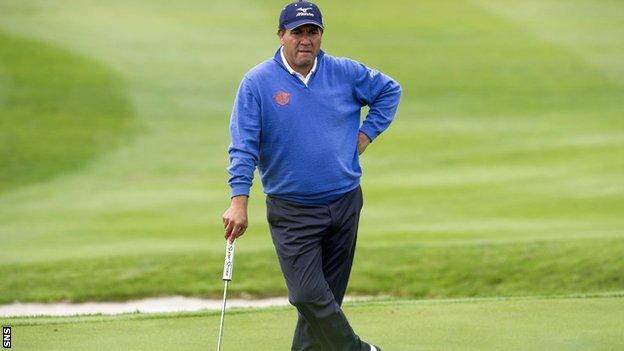 Argentina's Ricardo Gonzalez holds a one-stroke lead on 14 under after the second round of the Johnnie Walker Championship at Gleneagles.

The 43-year-old matched his score of 65 from Thursday on the par-72 course.

Austrian Bernd Wiesberger is second on 13 under, while Englishmen Mark Foster and Tommy Fleetwood are tied for third.

"I'm feeling great after five weeks off," said Gonzalez. "It has made me more relaxed and I think that's the key to making a good score."

The cut for making the third and fourth day's play fell at three under, with Marc Warren (Scotland) and Thomas Bjorn (Denmark) amongst those heading home early.

Scotland's Craig Lee and England's Oliver Fisher are tied for ninth, six shots off the pace.

Paul McGinley, who will captain Europe at next year's Ryder Cup at Gleneagles, is tied for 29th on five under.