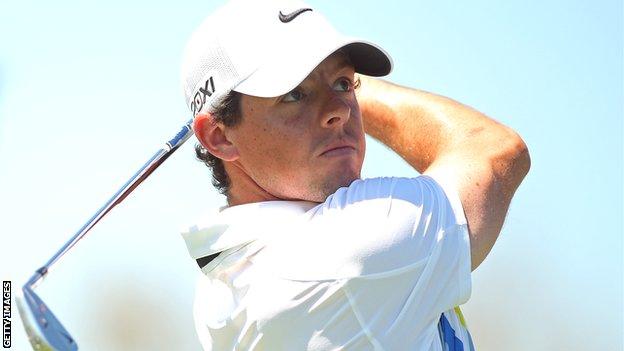 Rory McIlroy finished in a share of 19th place at The Barclays event in New Jersey as a closing one-over 72 left him on five under and six shots behind winner Adam Scott.

McIlroy was six off the pace going into the final round but he was unable to produce a final-day charge.

His low-key round included two birdies, a bogey and a double bogey at the 16th.

On an exciting final day, Scott's closing 66 left him a shot ahead of four players including Tiger Woods.

US Open champion Justin Rose, Gary Woodland and Graham DeLaet finished level with Woods on 10 under in the first event of the FedExCup play-offs.

Scott finished an hour before the final group but watched as Woods's birdie putt fell inches short on 18, after Rose had three-putted the final green.

Overnight co-leader Woodland carded two-over 73, while Canadian DeLaet stormed up the field with a closing 65.

The other overnight leader Matt Kuchar slumped to a closing 78 which left him alongside McIlroy on five under.