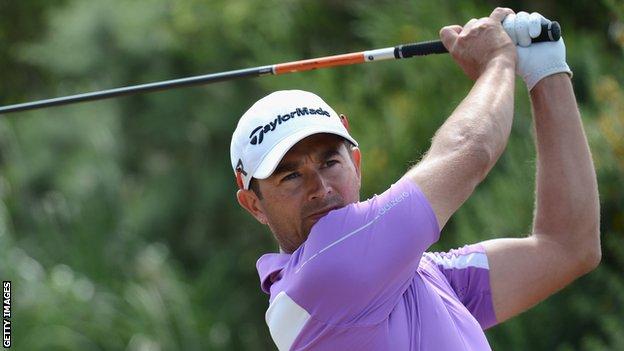 Gareth Maybin carded five birdies, four bogeys and a double bogey in an erratic final round of one-over-par 72 at the Welsh Open at Celtic Manor.

The Ballyclare golfer had posted earlier rounds of 71,75 and 73 as he ended in a tie for 52nd on seven over.

Maybin had bogeys at the first, second, third and 13th holes, plus a double bogey six at the fourth.

Ireland's Damien McGrane tied for sixth on two under after a 71 while European Ryder Cup captain Paul McGinley ended in a share of eighth on one under thanks to a closing 72.