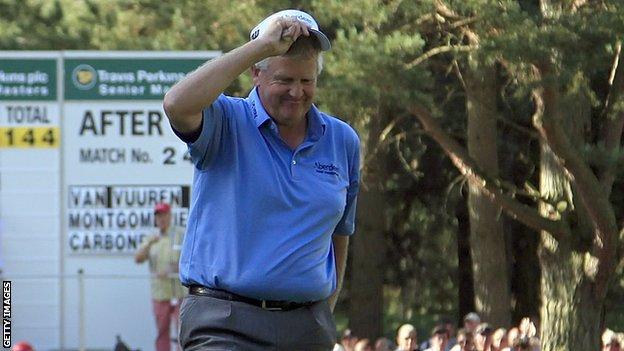 Leading by three strokes going into the final round, the 50-year-old Scot closed with a 70, including an eagle at the fifth, to reach 10 under par.

His maiden victory came in only his third appearance since joining the European Senior Tour in June.

It is Montgomerie's first professional tournament win since the 2007 European Open at the K Club.

The former Ryder Cup captain, winner of 31 European Tour titles and a record eight Order of Merit successes, opened with consecutive rounds of 68.

In blustery conditions, Paul Wesselingh shot a final round of 66 to share second place with Spain's Miguel Angel Martin.