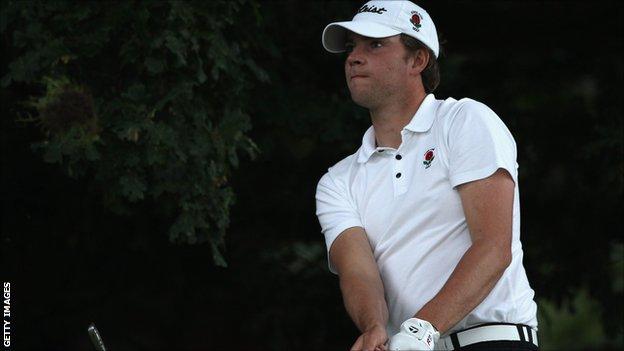 Hampshire golfer Neil Raymond says he will now target his professional card after bringing his amateur career to an end at the weekend.

Raymond, 27, was part of a Great Britain and Ireland team which lost the Walker Cup to the the United States.

He has had a fine 12 months winning the St Andrew's Links Trophy and reaching the quarter-finals of the US Amateur Championship, but will now turn pro.

"I'm going to go to qualifying school in October and hopefully get a few invites before then just to play a bit of tournament golf before tour school."

The Southampton-born golfer believes he will be able to make the step up, while also revealing he recently sought advice from US Open champion Justin Rose.

"I'm a firm believer in letting your clubs do the talking and if you play good you get rewarded," he said.

"I believe in my own ability, I'm just looking forward to going out there and playing some more stroke-play events.

"When you play decent amateur golf the standard at the top end is quite high, but there is a lot of strength in depth in the pro game."