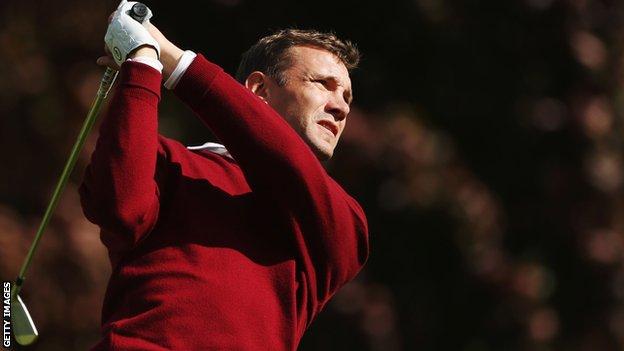 Former Chelsea striker Andriy Shevchenko will make his Challenge Tour debut on Thursday in the Kharkov Superior Cup in Ukraine.

Shevchenko, 36, retired from football following Euro 2012 and has since turned his hand to golf.

"This is the first big event for me and of course it is the first major professional tournament here in Ukraine," he said.

Shevchenko, who also played for AC Milan and Dynamo Kiev during his career, will be facing some of golf's best young talent along with former Ryder Cup player Oliver Wilson and three-time European Tour winner Nick Dougherty.

"I have played with many good players in Pro-Ams but it's very different out here," Shevchenko added.

"I'm looking forward to it and hope I play well but it's my first event so I just want to have a good time and enjoy the week."