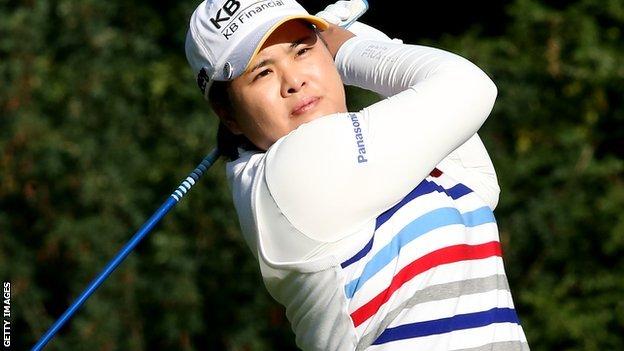 World number one Park Inbee will again bid to become the first golfer to win four majors in a calendar year when the Evian Championship begins on Thursday.

Park has already won the Kraft Nabisco Championship, the LPGA Championship and the US Women's Open this year.

She came 42nd at the Women's British Open, but the addition of a fifth major gives her a chance of a fourth title at Evian-les-Bains.

"Four out of five majors is an amazing thing to achieve," said Park.

No golfer - male or female - has ever won four major titles in a calendar year, though Tiger Woods did once hold all four men's majors simultaneously in 2001.

The 25-year-old South Korean added: "I'm sure the experience I had in the British Open, all the pressure I had and the things I experienced will help me. I think this week is going to be a much better week."

All 12 players from Europe's victorious Solheim Cup team, including England's 17-year-old Charley Hull, are in the field on the shores of Lake Geneva.

Norway's Suzann Pettersen, the world number three, is the leading European in the tournament, while Scotland's Catriona Matthew is the highest ranked Briton at seven.