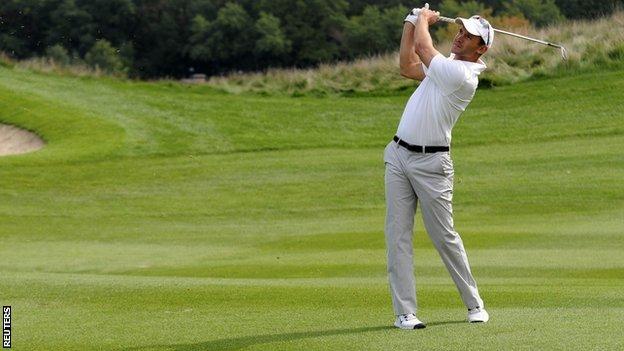 Shevchenko shot rounds of 84 and 86 at the Kharkov Superior Cup in his native Ukraine to end 26 over par.

Former world tennis number one Yevgeny Kafelnikov of Russia also missed the cut on 16 over.

But three-time European Tour winner Nick Dougherty and former Ryder Cup player Oliver Wilson, both of England, did not make the weekend.