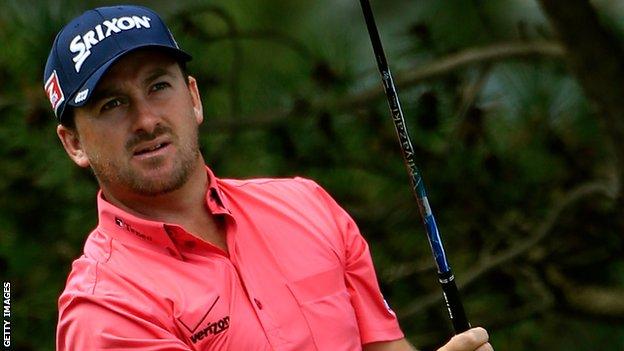 Graeme McDowell carded a four-over-par 75 in his rain-delayed final round of the BMW Championship in Illinois.

McDowell, like most of the field, completed the tournament on Monday and finished on six over par overall.

His fellow Northern Irishman Rory McIlroy did conclude his last round on the scheduled Sunday, showing some signs of an improvement in his form.

His second successive three-under-par round of 68 saw him end on seven over par for the tournament.

McIlroy, who had been in last place after dismal opening rounds of 78 and 77, had a closing round which included a double bogey and an eagle and four birdies.

McIlroy and McDowell missed out on playing at next week's Tour Championship in Atlanta.

McIlroy needed a top-eight finish this week to secure the top-30 spot in the FedEx Cup rankings which would have guaranteed his place in the concluding play-offs event.

McDowell's requirement to progress was a top-five finish and he was sharing 57th place when he completed his round.

The tournament had to go into a fifth day after Sunday's play was abandoned.

Only six players had completed their final rounds when downpours forced play to be called off.