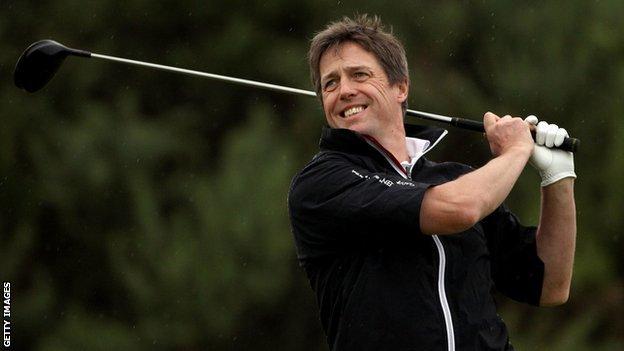 Hollywood stars Andy Garcia and Hugh Grant are among a group of celebrities headed for next week's Alfred Dunhill Links Championship at St Andrews.

Singer Huey Lewis said: "It is the amateur equivalent of the Open - wonderful courses, great format.

"It's my favourite tournament. I love the banter with the galleries."

The Alfred Dunhill Links Championship is played over three courses - the Old Course at St Andrews, the Championship Course at Carnoustie and Kingsbarns Golf Links.

It incorporates two separate competitions - an individual professional tournament for the world's leading golfers and a team event in which the professionals are paired with celebrity amateur golfers.

Garcia, whose credits include The Untouchables and Desperate Measures, said: "I love the place, the people and the atmosphere.

"It's a great privilege and I am looking forward to an excellent week on some of the greatest links courses in the world. Hoping the links won't accentuate my kinks."