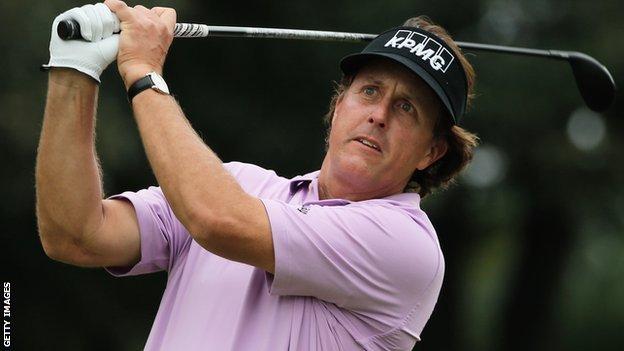 Open champion Phil Mickelson is considering cutting his schedule by a quarter in a bid for more consistency.

The American left-hander has already played 21 events worldwide in 2013.

"I don't play at my highest level every single week. I have kind of ups and downs and I'm a very emotional player," said the 43-year-old.

"I am going to have to factor that into some of my scheduling and maybe cut out 25% of my events in an effort to play at a high level when I do play."

Mickelson has triumphed three times this year, including wins at the Open at Muirfield and Scottish Open at Castle Stuart.

His comments came after a closing 68 at the PGA Tour's season-ending Tour Championship in Atlanta where he finished in a share of 12th place.

It was only his second top-20 finish since winning the Open in July.

In his next event, Mickelson's represents the United States in the Presidents Cup against a non-European international side at Muirfield Village, starting on 3 October.