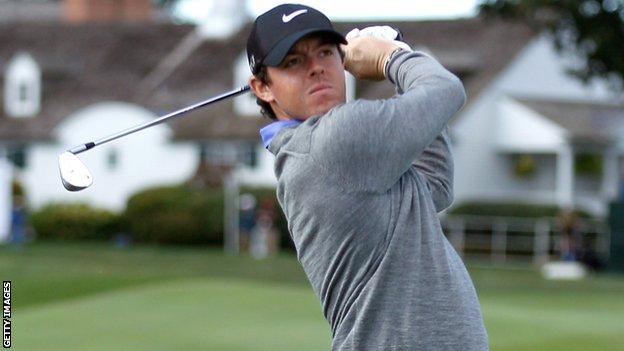 Rory McIlroy's continuing struggles have led to him dropping two places to sixth in the latest world rankings.

Henrik Stenson's Tour Championship triumph has moved the Swede up to a career-high fourth in the rankings with Justin Rose remaining in fifth spot.

Graeme McDowell remains 11th in the latest rankings with Shane Lowry the next best Irishman in 84th spot.

A poor start to 2013 led to McIlroy losing the number one spot to Tiger Woods in March.

With McIlroy's best finish this season a runner-up spot at the Texas Open in early April, he has continued to drop in the rankings and he is now some way adrift of world number one Woods.

After his decision to switch clubs manufacturer at the start of the season, McIlroy got his season off to a poor start by missing the cut at the Abu Dhabi Championship.

McIlroy then walked off the course midway through a dismal second round at the Honda Classic in Florida.

His runner-up finish in Texas a week before the Masters hinted at a return to form but he didn't contend at Augusta and a share of 41st place at the US Open was then followed by a missed cut in The Open Championship.

McIlroy's top-10 finish in the season's final major, the US PGA Championship, again suggested that he could be getting back to something like his best.

However, dismal opening rounds of 78 and 77 at the BMW Championship saw him failing to make the PGA Tour's concluding Tour Championship event last weekend and contributed to his latest fall in the rankings.

The top three in the latest rankings remain unchanged with Woods ahead of Masters champion Adam Scott and Open winner Phil Mickelson.