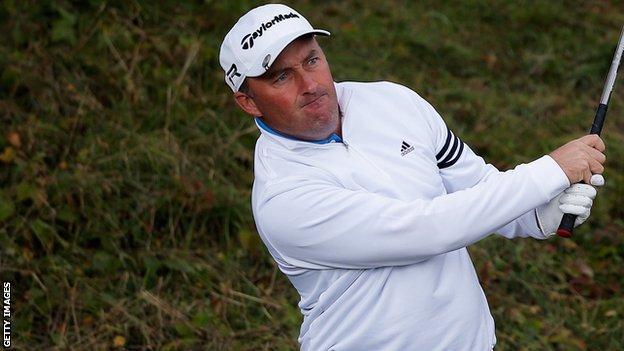 In-form European Tour player Damien McGrane will be among the field at next week's PGA Ulster Championship at Hilton Templepatrick.

Meath man McGrane, 42, shared third place at the recent Dutch Open a fortnight after finishing sixth in the Wales Open.

McGrane's rivals in the event on 2 and 3 October will include former British Amateur champion Brian McElhinney.

Donegal man McElhinney and 2008 China Open winner McGrane will be competing against over 100 Irish club professionals in the 36-hole event which is being staged at the Hilton course for the third successive year.

Defending champion Niall Kearney will be in the field while there will be several other competitors with European Tour experience.

The action in Templepatrick will start with a pro-am on 1 October before the professionals battle it out over the following two days for one of Europe's oldest trophies.

"We have had two really fantastic events at Templepatrick back in 2011 and 2012 and we are again looking to repeat the past success in 2013," said Irish PGA secretary Michael McCumiskey.

"The event depends on the support from members and local club golfers and the course is in pristine condition."

Hilton Templepatrick hotel manager Paula Collins said that she was delighted to welcome back the PGA professionals.

"The golf course is now 15 years old and continues to mature providing a real test for golfers of all abilities," she added.

"I'm sure that all the professionals and amateur competitors in the pro-am preceding the event will be pleasantly surprised as to how the course has toughened up and become more defined."