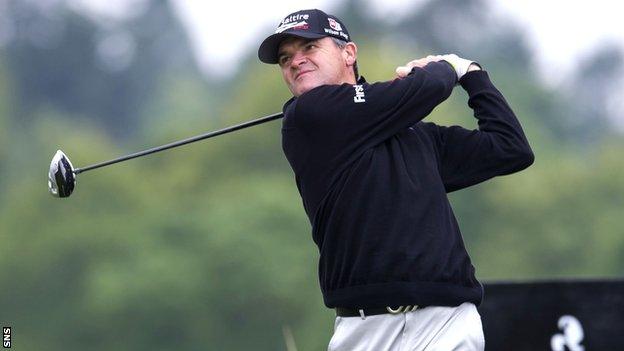 Paul Lawrie leads a contingent of four Scotsmen in the Great Britain and Ireland team for next week's Seve Trophy in Paris.

The 1999 Open winner is joined by Stephen Gallacher, Scott Jamieson and Marc Warren for the biennial match against continental Europe.

The top six qualifiers on the GB & I team will not be competing.

Rory McIlroy, Justin Rose, Graeme McDowell, Luke Donald, Lee Westwood and Ian Poulter will be absent due to commitments in America on the PGA Tour.

"I knew that the top GB & I qualifiers were not going to play but then there is no excuse for the younger guys not to play, and the guys who don't hold dual European and PGA Tour membership," said the Irishman.

"As far as I am concerned it will be a great learning experience for the younger guys like Jamie Donaldson, Stevie Gallacher, Chris Wood and David Lynn.

"That's one of the reasons I first chose an experienced past Ryder Cup captain in Sam and then Jose Maria so the younger guys could learn a lot from those two.