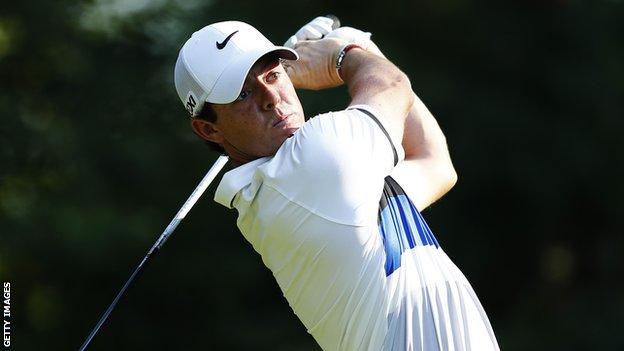 Scotland's Paul Lawrie has criticised six of his Ryder Cup-winning team-mates - including Rory McIlroy - for opting out of next week's Seve Trophy.

Lawrie is part of the Great Britain and Ireland team that will aim to record a seventh consecutive win over Europe.

But as well as McIlroy, Luke Donald, Graeme McDowell, Ian Poulter, Justin Rose and Lee Westwood will not play at St-Nom-La Breteche Golf Club in Paris.

"I don't quite understand it and it's extremely disappointing," said Lawrie.

The biennial competition - created by the late world number one Seve Ballesteros - was introduced in 2000 and takes place in years when the Ryder Cup does not.

Lawrie added: "I would walk to Paris to play and I would have done whatever it took to be in that team next week.

"With Seve's name attached to it and the idea behind the tournament, it's kind of the equivalent of the Presidents Cup for the American boys."

GB and Ireland's 10-man squad will be led by Sam Torrance, while his European counterpart, Jose Maria Olazabal will have to do without fellow Spaniard Sergio Garcia.

Torrance said: "We have got a good blend of players in the team and I'm really looking forward to working with all of them."