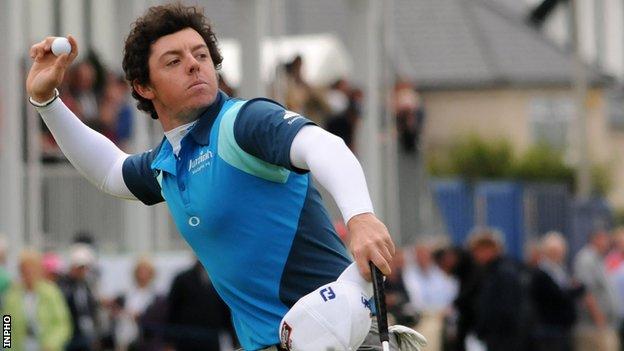 Rory McIlroy has revealed he has left Horizon Sports Management and is setting up his own company to manage his affairs.

The Northern Ireland golfer's interests will now be looked after by Rory McIlroy Incorporated.

The former world number one has fallen to sixth in the world rankings after a disappointing season.

The 24-year-old left ISM just four months after winning his first major by eight shots in the US Open at Congressional.

A statement on his website on Friday read: "Rory McIlroy confirms he has terminated his contract with Horizon Sports Management and that the details of the termination are in the hands of a legal team led by A&L Goodbody in Dublin, Ireland.

"The golfer's business interests will from now on be managed by Rory McIlroy Incorporated. CEO of RMI will be Donal Casey, an actuary by profession with many years of CEO experience.

"The Rory Foundation for charity will be run by Barry Funston, a business leader and long-time friend of the McIlroy family. Both men will serve on the RMI Board, together with Gerry McIlroy [Rory's father]."

McIlroy's multi-million pound deal with Nike coincided with a run of poor form at the start of 2013, which culminated in him walking off the course during the second round of the Honda Classic.

He failed to qualify for the Tour Championship on the PGA Tour last week, with Henrik Stenson's victory in Atlanta lifting the Swede to fourth in the world rankings and knocking McIlroy down to sixth.