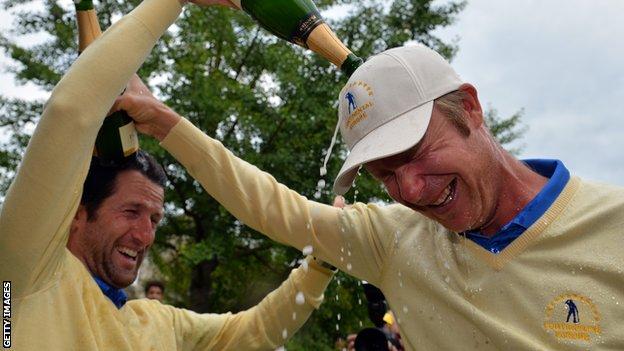 Continental Europe won the Seve Trophy for the first time since 2000 with a 15-13 victory over Great Britain & Ireland at St-Nom-La-Breteche.

The teams were locked at 9-9 going into the final day's singles.

And the contest went down to the final match between Francesco Molinari and England's Chris Wood, with the Italian winning 3&2 thanks to a birdie at 16. 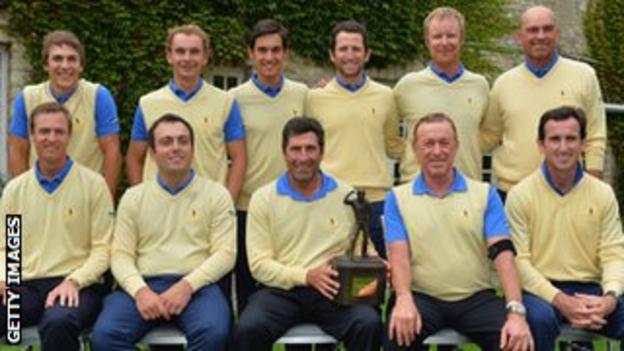 England's Simon Khan withdrew from the singles because of a bad back, meaning Denmark's Thomas Bjorn had to step aside for Europe.

Dutchman Joost Luiten, who won his first four matches, lost to England's Tommy Fleetwood 3&2 in the first singles match completed, before Bourdy closed out his encounter and Belgium's Nicolas Colsaerts edged out Paul Casey of England by one hole.

Scotland's Marc Warren levelled the scores with a 4&3 defeat of Dane Thorbjorn Olesen but Italy's Matteo Manassero beat Stephen Gallacher 3&2 and Spanish veteran Miguel Angel Jimenez was a 6&4 winner against David Lynn to put Europe within half a point of victory.

Scot Paul Lawrie pulled one back with a 2&1 victory over Finn Mikko Ilonen but Molinari bagged the winning point for Jose Maria Olazabal's side with a long-range putt.