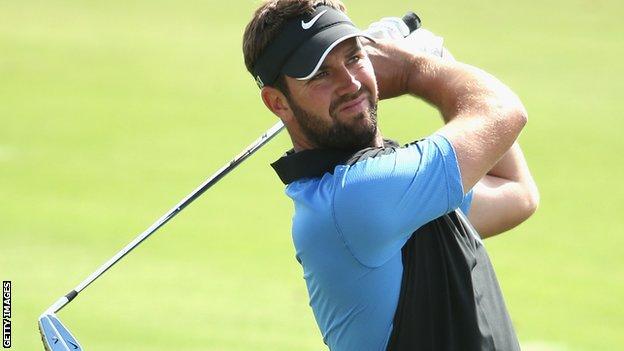 Scott Jamieson just missed out on the European Tour's first 59 but a round of 60 gave him the early third-round lead at the Portugal Masters.

Five more followed, but needing to hole from rough at the last he saw his chip brush past the cup to leave him at -14.

Jamieson had only made the cut by one shot at the par-71 Oceanico Victoria course in the Algarve but he arrived at 18th hole on Saturday needing a birdie to create tour history.

His approach shot pitched only a few feet from the flag but it failed to hold on the firm surface and trickled through the back of the green.

Jamieson ended the day in a tie for second place, with England's Paul Waring leading by two shots on a 16 under par total.

The previous round of 60 was carded by American Peter Uihlein at the Dunhill Links Championship last month.