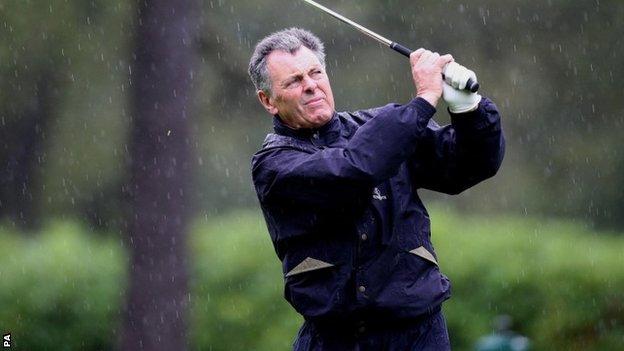 Gallacher, 64, spent a week in intensive care after going in to cardiac arrest at a corporate event.

A spokesman for Gallacher said: "The availability of a defibrillator was central in giving Bernard a chance of survival.

Bernard is now on his way to making a full recovery

"He will be championing a campaign to make defibrillators widely accessible at golf courses around the UK."

The campaign also has the support of the PGA and the European Tour.

"Thanks to the composed and quick thinking of staff and guests at the engagement, as well as quick access to a defibrillator, Bernard is now on his way to making a full recovery with no long-term effects expected.

"The support and well wishes received throughout Bernard's time in hospital and since returning home have been incredible, and Bernard would like to pass his sincere thanks to his sponsors and supporters for their kind words, thoughts and prayers."

Gallacher, who is planning to resume playing, led Europe to victory over the United States in the Ryder Cup in 1995, having twice previously been losing captain.

The Scot now lives in Berkshire and is the father of three children, including television presenter Kirsty, and the uncle of current European Tour player Stephen.