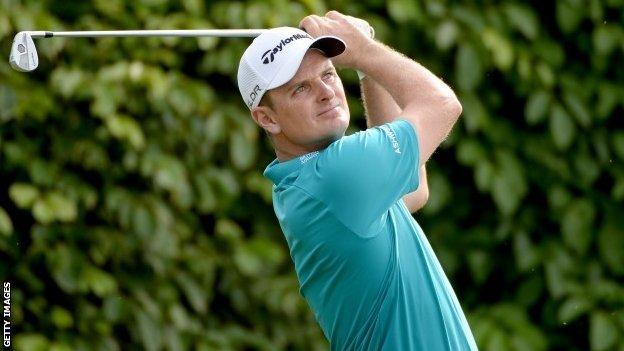 US Open champion Justin Rose took a two-shot lead after round one of the PGA Grand Slam in Port Royal, Bermuda.

The 33-year-old Englishman fired a four-under 67 to head US PGA champion Jason Dufner in the exhibition event for the year's four major winners.

Rose became the first Englishman to win a major since Nick Faldo in 1996 with victory at Merion in June.

Mickelson, who won his first Claret Jug and fifth major in all at Muirfield in July, opted not to take part in Bermuda.