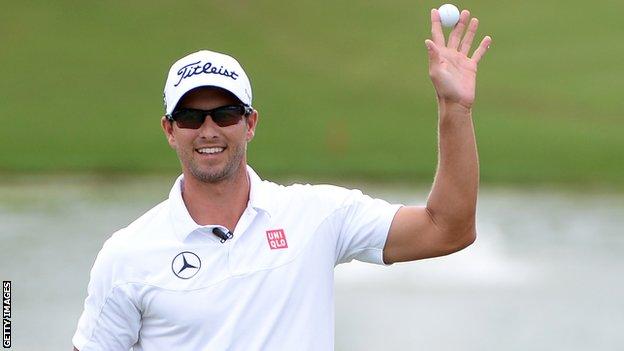 Masters champion Adam Scott fired a course-record 64 to claim victory at the PGA Grand Slam of Golf in Bermuda.

US Open winner Justin Rose had a two-shot lead after the first round and was still ahead with three holes to play.

US PGA champion Jason Dufner finished five shots behind Scott with Padraig Harrington, playing in place of Phil Mickelson, another six strokes back.

The 36-hole exhibition is for the year's four major winners, but Open champion Mickelson opted not to compete.

Irishman Harrington won the event last year after stepping in for Ernie Els.