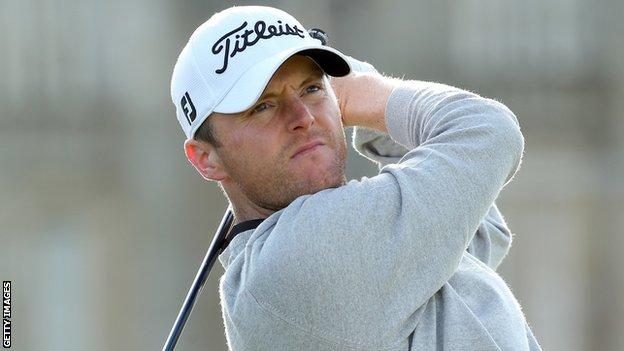 Michael Hoey finished joint 18th at the Perth International in Australia after a disappointing final round on Sunday.

The Belfast player, who started the day three off the pace, carded five bogeys and three birdies for a two-over-par 74 as he ended on three under.

Ireland's Peter Lawrie (70) also finished three under while David Higgins (73) was back on four over.

Lawrie's performance was enough for him to retain his European Tour card but Higgins must head to the Tour School.

Dubliner Lawrie squeezed into the all-important top 110 in the final rankings as he ended 109th but Higgins, who had given himself a chance of retaining his card by finishing a surprise joint runner-up at last month's Italian Open, ended 115th in the Race to Dubai standings.

South Korea's Jin Jeong beat Englishman Ross Fisher in play-off after the pair were tied on 10 under.