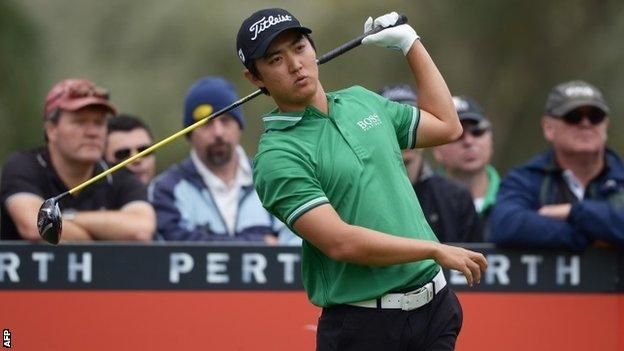 England's Ross Fisher lost out in a play-off against former world number one amateur Jin Jeong at the Perth International.

The 23-year-old South Korean claimed victory at the first extra hole after the pair had finished the final round tied on 10-under-par.

Jin recovered from a double bogey at the first to shoot a final round of 69 - one shot better than Fisher.

Fisher then hit a wayward approach at the extra hole to hand Jin victory.

Jin recovered from the poor start to his round with birdies at the fourth and fifth and then took the lead after further birdies at the 11th, 12th and 15th.

Once Fisher sent his approach shot through the green on the return trip down the 18th, the South Korean was left with two putts for victory.