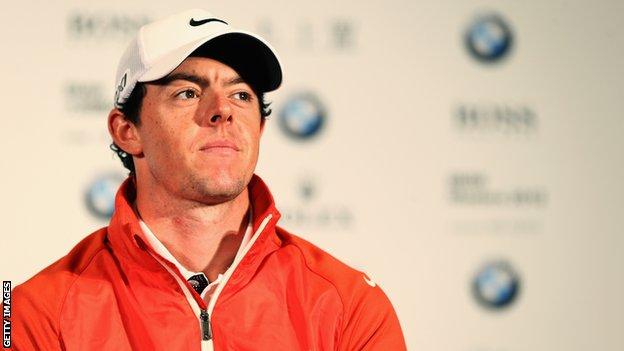 The second event, the WGC-Champions Tournament, will also take place in Shanghai next week.

It's a hugely important week for me, not just to try to get my first win but also to make sure I climb into the top 60 of the Race to Dubai

The Final Series then takes in the Turkish Open, which will feature world number one Tiger Woods, and concludes with the DP World Tour Championship in Dubai in mid-November.

"It's very important for the European Tour," added Olazabal. "We are going to see the top players coming back to play in these events and it's a good attraction for the Tour, for the fans, the players and for media attention."

The Spaniard, the 1994 and 1999 Masters champion, added: "This is another idea to keep the players on their toes.

"It's important for 2014 too, especially as that is a Ryder Cup year.

"If the players do well in this lucrative stretch of tournaments they will have done most of the job in terms of qualifying for the team.

"The players are conscious of that and you're going to see them trying very hard."

McIlroy, 24, who has not won a tournament this year, finished joint second at the Korea Open last week and hopes to go one better in China.

"It's a hugely important week for me, not just to try to get my first win but also to make sure I climb into the top 60 of the Race to Dubai, so I get the chance to defend my title there at the end of the season," he said.

The Swede is just over £360,000 ahead of McDowell, who is also in the Shanghai field this week.