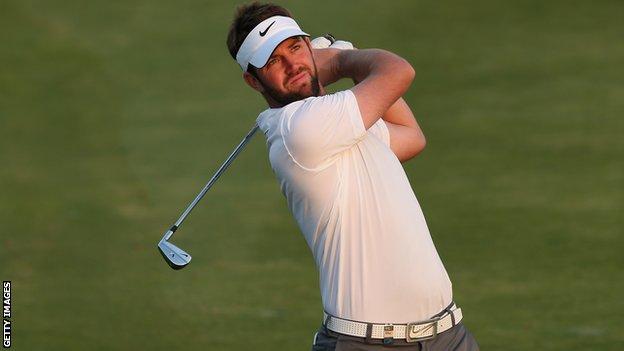 Scotland's Scott Jamieson and Craig Lee are three shots off the lead going into the final round of the Shanghai Masters.

Both players carded 71s in their third round to sit on five under par for the tournament.

"Again it was a very solid day but disappointed to drop one at the last," said Jamieson.

"But I know I'm not the only one, it's a tough hole. The wind has been off the right on that hole all week."

Luke Guthrie and Rafa Cabrera-Bello are tied for the lead on eight under par.