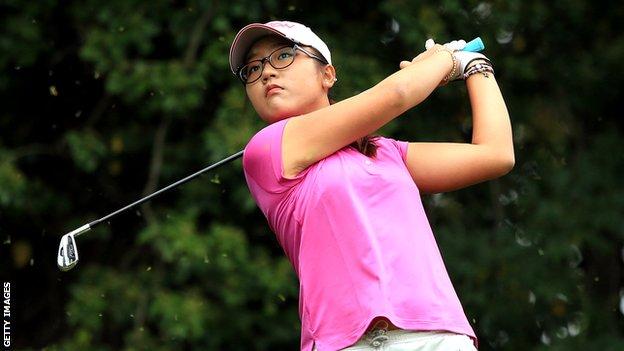 New Zealand teenager Lydia Ko has been given full membership of the LPGA Tour for 2014 despite being two years short of the standard minimum age.

Ko, 16, became the youngest winner of an LPGA event at the Canadian Open in 2012 and defended that title this year.

Ladies Professional Golf Association rules require tour members to be 18 or above - but players can apply at 15.

"It has always been my dream goal to play on the LPGA, and play against the world's best players," Ko said.

South Korea-born Ko had been the number one women's amateur player for 130 weeks before deciding to turn professional this month, and is fifth in the women's world rankings.

She petitioned LPGA Commissioner Michael Whan earlier this month and plans to compete in her first event as a professional at the LPGA's season-ending CME Group Titleholders in Naples, Florida, from 21-24 November.

Whan said: "It is not often the LPGA welcomes a rookie who is already a back-to-back LPGA Tour champion."

She earned a spot in the tournament field by retaining her Canadian Women's Open with a five-shot victory at the Royal Mayfair Golf Club, Edmonton in August, following a 15-under-par total.

Ko added: "I know that becoming a member is not only about performing well, but dealing with responsibilities very well.

"Women's golf is growing day by day and I would love to be able to inspire other girls to take up the game, and go for it. I believe this is only the start to my career and I have many new things to learn along the way."