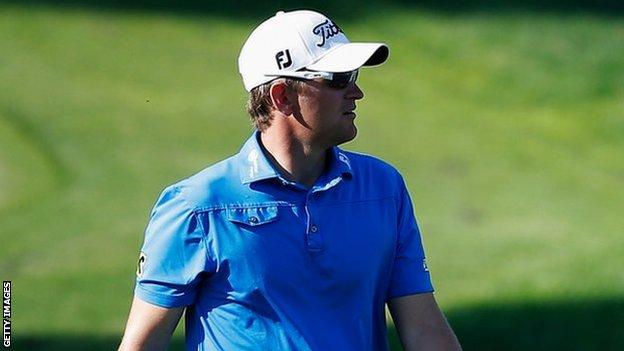 Four Scots have qualified for the $8m season-ending World Tour Championship in Dubai.

Craig Lee,Stephen Gallacher, Scott Jamieson and Marc Warren will play in the event that starts on Thursday.

All seven had a chance to make the top 60 in the European Tour Race to Dubai in the final qualifying event, the Turkish Airlines Open.

Warren's final-round 65 meant he finished on 18 under par to be joint seventh in Turkey, six shots behind Victor Dubuisson as the Frenchman claimed his maiden tour title.

It meant that the Scot finished the Race to Dubai in 32nd place.

Ramsay produced a fine final round of 64 to finish on 14 under par, but his joint 18th placing in Turkey was not enough to qualify for a trip to the United Arab Emirates as he finished the race in 70th.

Gallacher was a stroke further back after his 68, but he finished the Race to Dubai as the top Scot in 18th place.

Lee had a disappointing final round of 71 to finish on 11 under par, but accumulated earnings of more than £100,000 over the last month meant he sneaked into the list for Dubai in 58th place.

However, Lawrie just failed to qualify, his final round of 69 to finish on nine under par only being enough for 63rd spot.

Drysdale, who finished the Race to Dubai in 80th after a final-round 73, and veteran compatriot Colin Montgomerie, 69, ended the tournament in Turkey on one under par.

Jamieson finished well down the field on one over par despite recovering from a nightmare third-round 78 with a 68, but he had already secured his place in Dubai and is 31st in the table.