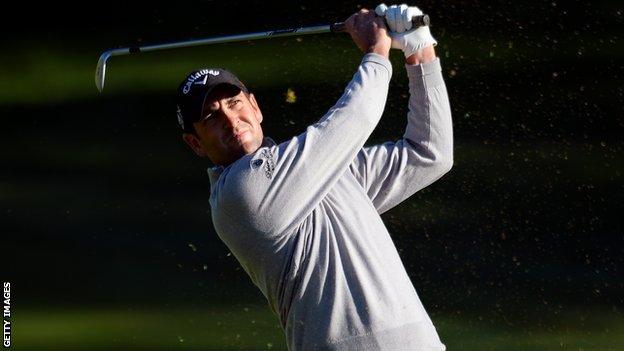 Scotsman Jack Doherty has earned a place on the European Tour for a first time after qualifying along with compatriot Alastair Forsyth.

Forsyth regained his card - but only just - after finishing on the cut-off point of nine-under par along with Doherty at the qualifying school.

The 31-year-old Doherty was born in Australia but plays out of North Gailes, Kilmarnock.

He has been playing on the second-tier Challenge Tour.

Doherty, the former Australian Mens Amateur Golf Champion and turned professional in 2003, was only 118th on the Challenge Tour money list this year.

But his final-round of 71 ensured that he qualified 17 strokes behind emphatic winner Carlos Del Moral, of Spain, at the PGA Catalunya resort.

Forsyth's two-over par 74 was just enough to ensure the 37-year-old Elderslie golfer, who finished 185th in the main money list this year, claimed one of 27 cards handed out for next season's Race to Dubai.

The top 25 and ties at the end of an arduous six rounds earned their qualification for next year.

Andrew McArthur missed out by two strokes after his final round of 71, while Doug McGuigan was another stroke back after his 72.