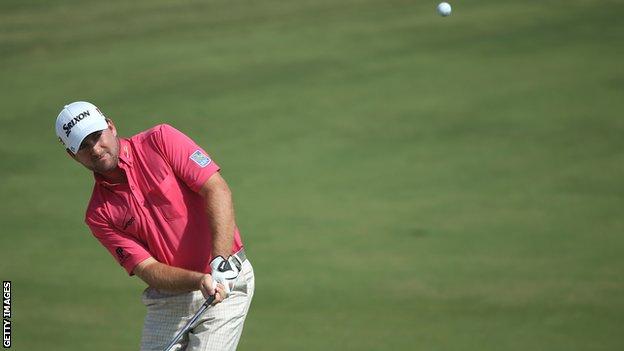 Graeme McDowell has only an outside chance of winning the Race to Dubai title after the third round of the World Tour Championship in Dubai.

The Portrush player had a four-under-par 68 to end eight under and nine behind pacesetter Henrik Stenson, who is also the Race to Dubai leader.

McDowell, who lies third in the Race to Dubai, has to win in Dubai to overhaul Stenson and second-placed Justin Rose.

Rory McIlroy is tied eighth after a 68 left him on 10 under.

The two-time major winner from Holywood carded seven birdies and three birdies as he continued to show signs of a return to form.

McDowell was level for the front nine on Saturday before birdies on 10 and 11 were followed by an eagle at the par-four 15th.

A dropped shot came at the 16th but McDowell finished on a high with a birdie at 18.

US Open champion Rose is six shots behind Stenson following a 68.