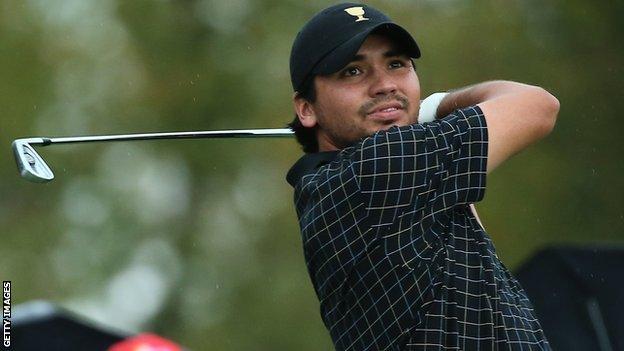 Australian golfer Jason Day is to compete in the World Cup in Melbourne this week after losing eight relatives in Typhoon Haiyan in the Philippines.

The 26-year-old's mother, Dening, migrated to Australia from the Philippines 30 years ago.

Day's grandmother was one of those who died in the typhoon, which has claimed more than 3,500 lives.

"We feel devastated for all who have been affected by this horrific tragedy," Day said in a statement.

"While I understand the media's interest in this matter and hope that any coverage can spread awareness to assist with the relief efforts that continue in the Philippines, I hope that all will respect my family's privacy during this difficult time."

World number 18 Day is partnering Adam Scott at the World Cup, which starts on Thursday.

He spoke further about the tragedy after practising on Monday, and had to pause several times to compose himself.

"It's been toughest on my mother - there's been no communication,'' Day added.

"Everything got wiped out in the area around where my grandma and my relatives lived. The only way we could communicate with anyone was with our relatives in Manila through Facebook. They did the searching.''