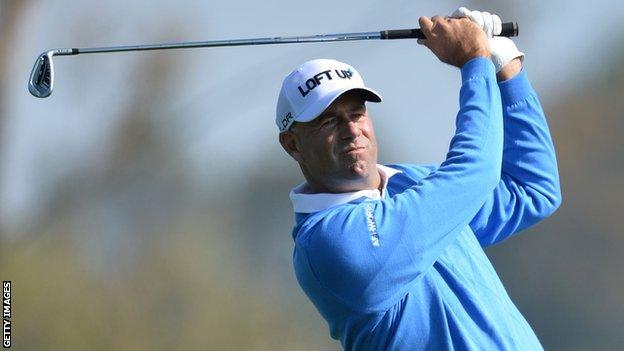 Stewart Cink claimed a one-shot lead by hitting a first-round 64 in the Farmers Insurance Open at Torrey Pines.

The American, 40, is chasing his first win since victory in victory in the 2009 Open Championship at Turnberry.

He hit eight birdies, while Gary Woodland recorded five birdies and an eagle to finish one shot off the pace.

England's David Lynn was the best-placed European, four off the lead, while defending champion Tiger Woods hit a level-par 72 on the South Course.

Lynn managed four birdies in his round and was one shot ahead of a large group of players which included Americans Phil Mickelson and Keegan Bradley and Scot Martin Laird.

Lee Westwood, playing on the South Course, was one over and fellow Englishman Ian Poulter three over.