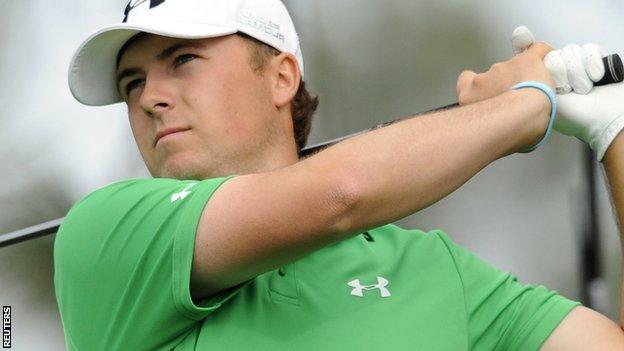 Jordan Spieth shot a nine-under-par 63 to lead after two rounds of the Farmers Insurance Open at Torrey Pines.

The American, 20, carded nine birdies on the North Course and is 10 under - one clear of overnight leader Stewart Cink, who played on the South Course.

Scotland's Russell Knox went round in 67 to move to six under, with countryman Martin Laird two shots back.

David Lynn and Lee Westwood lead the English challenge at three under, with compatriot Ian Poulter one shot behind.

World number one Tiger Woods again endured a frustrating time, following up his first-round 72 with a modest 71 to sit nine shots off the pace.