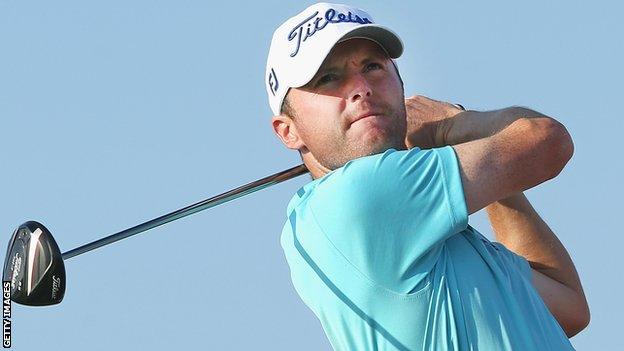 Michael Hoey slipped down the leaderboard in the final round of the Qatar Masters after shooting a two-over-par 74 on Saturday.

The Belfast player carded five bogeys to go with three birdies as he finished on two under and joint 61st.

Co Down-based Simon Thornton (71) ended on five under while Ryder Cup captain Paul McGinley (72) was one under.

Spain's Sergio Gargia beat Mikko Ilonen in a play-off after the pair finished on 16 under.

Garcia, 34, hit a bogey-free 65 but missed a five-foot birdie putt at the last that would have won him the tournament in 72 holes.

Finland's Ilonen birdied the 18th for a six-under 66 to force the play-off.

But Garcia's birdie as they played the par-five 18th for a third time, after both players had missed eagle putts on the previous two holes, won the title.