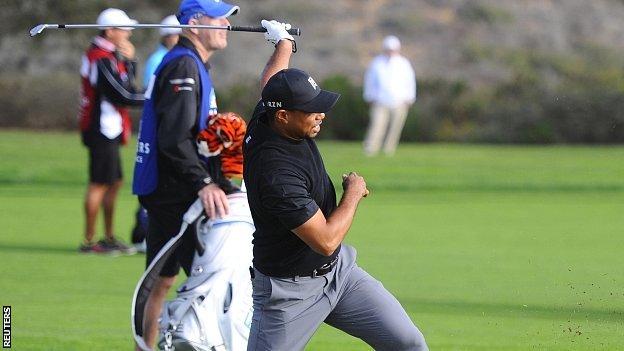 Having only made the halfway cut by one stroke on Friday, the 38-year-old carded a third-round seven-over-par 79.

Woods made two double bogeys and five bogeys from the 18th, his ninth hole.

When Woods made a welcome birdie at the par-four seventh, he removed his cap and bowed to the crowd, before closing with pars at the eighth and ninth.

Woods has won eight tournaments at Torrey Pines, including the 2008 US Open, and had previously finished outside of the top 10 only once at the course on the PGA Tour.

His 79 on Saturday was the third-highest round of his career on the US PGA Tour, and only two shots better than his worst round as a professional - an 81 recorded in brutally windy conditions at Muirfield in the 2002 Open.