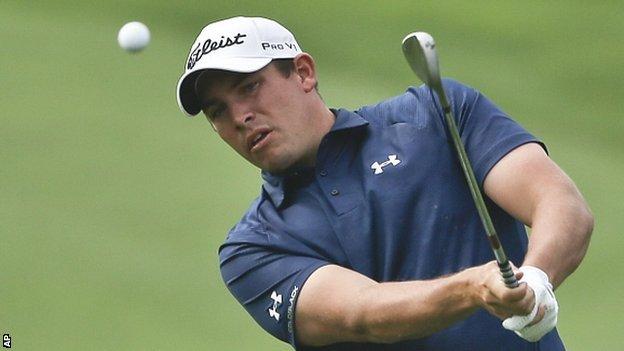 American Scott Stallings birdied the 18th hole to win the Farmers Insurance Open in California by one stroke.

Stallings carded a four-under-par 68 for nine under overall at Torrey Pines and his third PGA Tour title.

Scotland's Russell Knox (70) finished on six under, while Belgium's Nicolas Colsaerts (73) was two strokes back.

Overnight leader Gary Woodland was eight under par before missing the fairway on the 17th and carding a double-bogey.

Stallings's win means he qualifies for the Masters, the first major of the year, in April.

Defending champion and world number one Tiger Woods missed the secondary cut on Saturday after a round of 79.