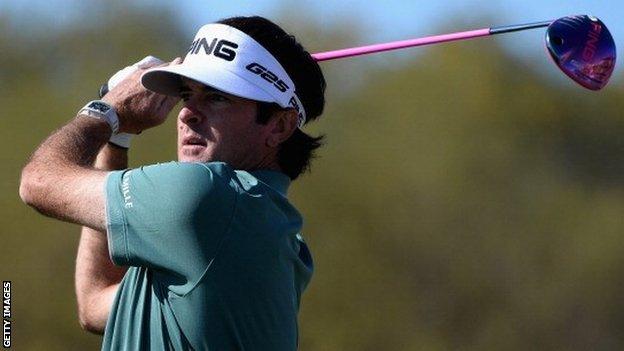 Watson shot a three-under 68, including four birdies, as he closed in on a first title since Augusta 2012.

It left the American at 15 under par - two strokes ahead of compatriot Kevin Stadler, who reeled off five birdies in the last six holes for a 67.

Scotland's Martin Laird is the top European after a level-par round of 71 left him eight shots off the lead.

American duo Harris English (69) and Ryan Moore (64) and Japan's Hideki Matsuyama (68) are all three shots off the pace in Scottsdale, Arizona.

Brendan Steele, another American, shot the round of the day - a nine-under 62 moving him to four strokes adrift of the leader.

Watson started the round as co-leader with Australian Matt Jones, who is alongside Steele and Hunter Mahan on 11 under, after the delayed second round was completed earlier in the day.