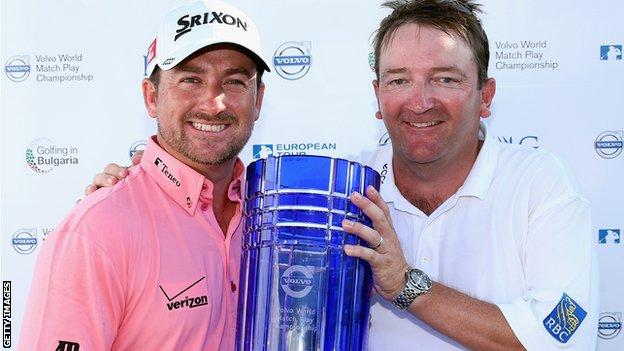 The Volvo World Matchplay Championship will return to England in 2014 for its 50th anniversary - but not at its traditional home of Wentworth.

London Golf Club in Kent will host the £1.8m tournament from 15-19 October.

"It is fantastic that the championship will be played in England for this special anniversary," said defending champion Graeme McDowell.

The event, which has been held in Spain and Bulgaria, returns to England for the first time since 2007.

England will now host three top events this year: The Volvo World Matchplay, The Open at Hoylake and the BMW Championship at Wentworth.