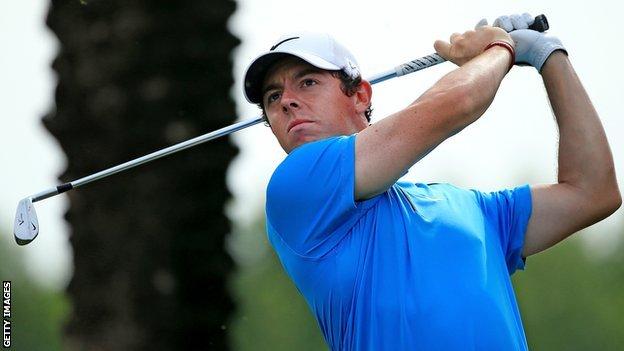 Rory McIlroy is to finalise his preparations for the Open Championship at Hoylake by playing in the Scottish Open at Royal Aberdeen in July.

The world number six previously competed in the tournament in 2008 and 2009 at Loch Lomond.

"To play competitive golf on a links course will be great preparation for The Open the next week," said McIlroy.

Phil Mickelson won last year's Scottish Open at Castle Stuart and then went on to win The Open at Muirfield.

McIlroy admits the American's achievement helped make up his mind to return to the event for the first time in five years at one of the most renowned links courses in Scotland.

"It'll be my first time playing at Royal Aberdeen. I believe it's a great links with lots of golfing history. I'm really looking forward to the challenge it will present," said McIlroy.

"Phil winning the double last year made me realise that the Scottish Open is a more than good preparation for The Open ‐ he showed it was possible to win both weeks," added the Northern Ireland golfer.

Reigning champion Mickelson will again compete in Scotland from 10-13 July before defending the Claret Jug at Royal Liverpool.

McIlroy ended 2013 by winning the Australian Open and began 2014 by finishing joint runner-up with Mickelson in the Abu Dhabi Golf Championship.

He then finished in a tie for ninth position at the Dubai Desert Classic after posting an opening-round 63.