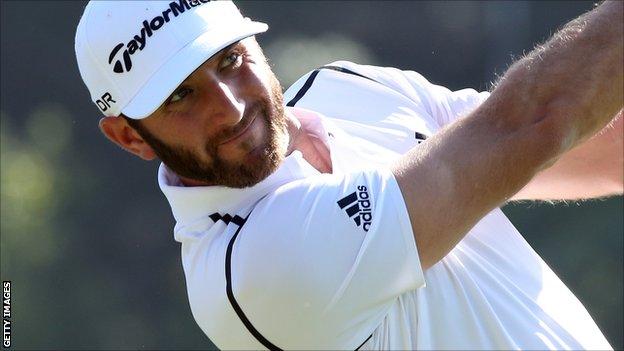 The 29-year-old shot a five under par 66, which included six birdies.

"I've been playing pretty good all year, so the game's right where I want it to be," said Johnson.

American veteran Jim Furyk was a further shot back after firing a 68, joined on that mark by compatriots Keegan Bradley and Rickie Fowler.

Ian Poulter had a disappointing day as he shot a one-over-par 72, while Darren Clarke endured a tough 78 before withdrawing because of a chest muscle injury.