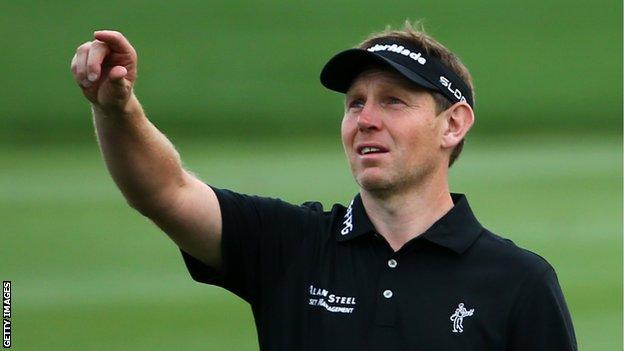 Stephen Gallacher will this week face former Open Champion Ernie Els in the opening round of the WGC Match Play championship in Arizona.

Gallacher is the only Scot in the 64-strong field at Dove Mountain with total prize money of $9m.

Tiger Woods, Phil Mickelson and Adam Scott are the only players in the top 64 in the world rankings not taking part this week.

The £250,000 first prize for Gallacher's third European Tour title lifted the Scot to seventh in the Race to Dubai and 14th in the European Ryder Cup points list.